Fingerprints provide police with extremely strong physical evidence tying suspects to evidence or crime scenes. Yet, until the computerization of fingerprint records, there was no practical way of identifying a suspect solely on the basis of latent fingerprints left at a crime scene, because police would not know which set of prints on file (if any) might match those left by the suspect. This changed in the 1980s when the Japanese National Police Agency established the first practical system for matching prints electronically. Today police in most countries use such systems, called automated fingerprint identification systems (AFIS), to search rapidly through millions of digitized fingerprint records. Fingerprints recognized by AFIS are examined by a fingerprint analyst before a positive identification or match is made.

« Back Next »
Products Fingerprints 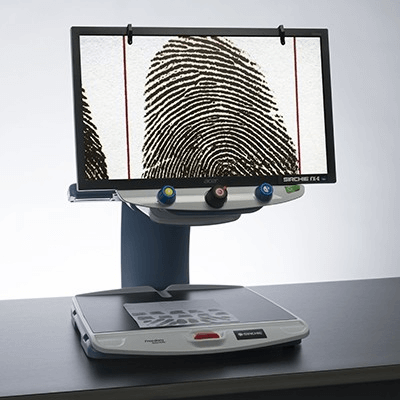